This is the source code for the @goa/koa repository that actually compiles this source code. Please navigate there for the documentation. 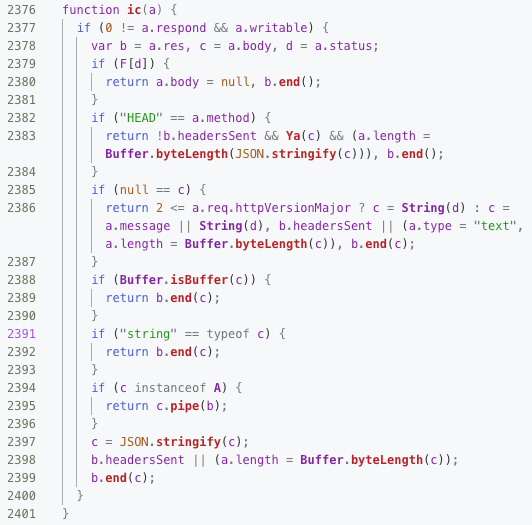 @goa/goa is the Koa web-sever compiled and optimised with Google Closure Compiler so that it has only 1 dependency (mime-db, for easy access to upgrades). The types are written as JSDoc and don't require installing typings. The aim of this project is to demonstrate how to modernise old-school NPM packages, including starting to use import/export statements without Babel, restoring to pure JSDoc without TypeScript, and compiling the code into a single executable using the compiler, and testing the code with Zoroaster testing framework which is twice as fast and weighs 500KB against 50MB compared with Jest (as used to be used in the original repository).

Goa is the same application as Koa. It has the same interface for the app object, as well as context, request and response API.

Koa dependencies as packages had to be rewritten in ES6. Some of them were created as separate packages, and some were included in the source code (repository) in the modules directory.

The external modules were created with tests also written to ensure their source and compiled versions work as expected.

The tests were updated for context testing and include all original Koa tests.

Original work on the Koa Web Server by its authors under MIT License found in COPYING.