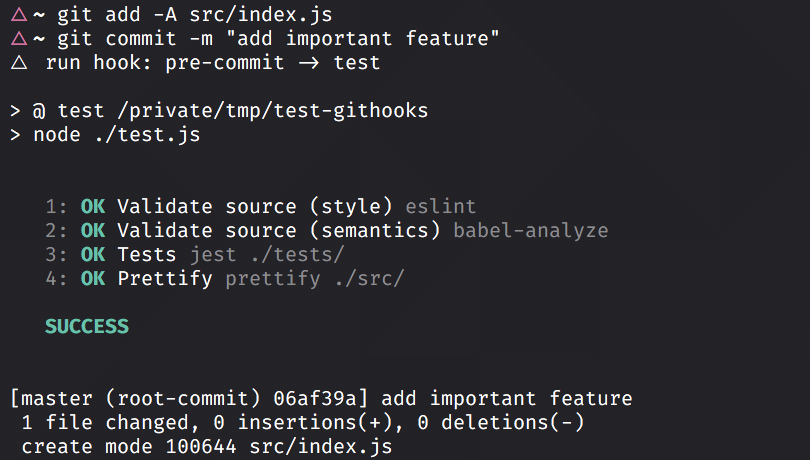 Install this module, preferably as a dev-dependency:

That's it. You can now use the module in two ways:

Alternatively, if you'd like to run several scripts in succession upon a hook, you may define a git top-level property and specify an array of scripts to run:

Why? There are hundreds of these.

Released under the MIT License.