Currently this is just a “WIP” as we explore and gather requirements of the project. The idea of an eAtlas is one by Sir Alan Wilson (Turing Institute):

A key message from the Foresight Future of Cities Project is the importance of interdependence: between urban subsystems and between associated planning and policy challenges. ~ Sir Alan Wilson.

There are some notes to read. These are thoughts and background reading material as we take steps towards understanding what an “interdependent” eAtlas might be. Would it be “Turing Geovisualization Engine”?

The front end is an npm package, so if you do not need the backend, having cloned the repo:

The frontend is a create-react-app (CRA) so all the standard commands of CRA appliees.

The whole application is a geopumber app. That means it is an R powered backend API (think Flask in Python) and a ReactJS front end.

To build the frontend, from an R console:

Before you run the app:

Then you can run

or just run the front using (without any data loaded from local server): npm i & npm start

Repo contains Dockerfile for production. This is again WIP. 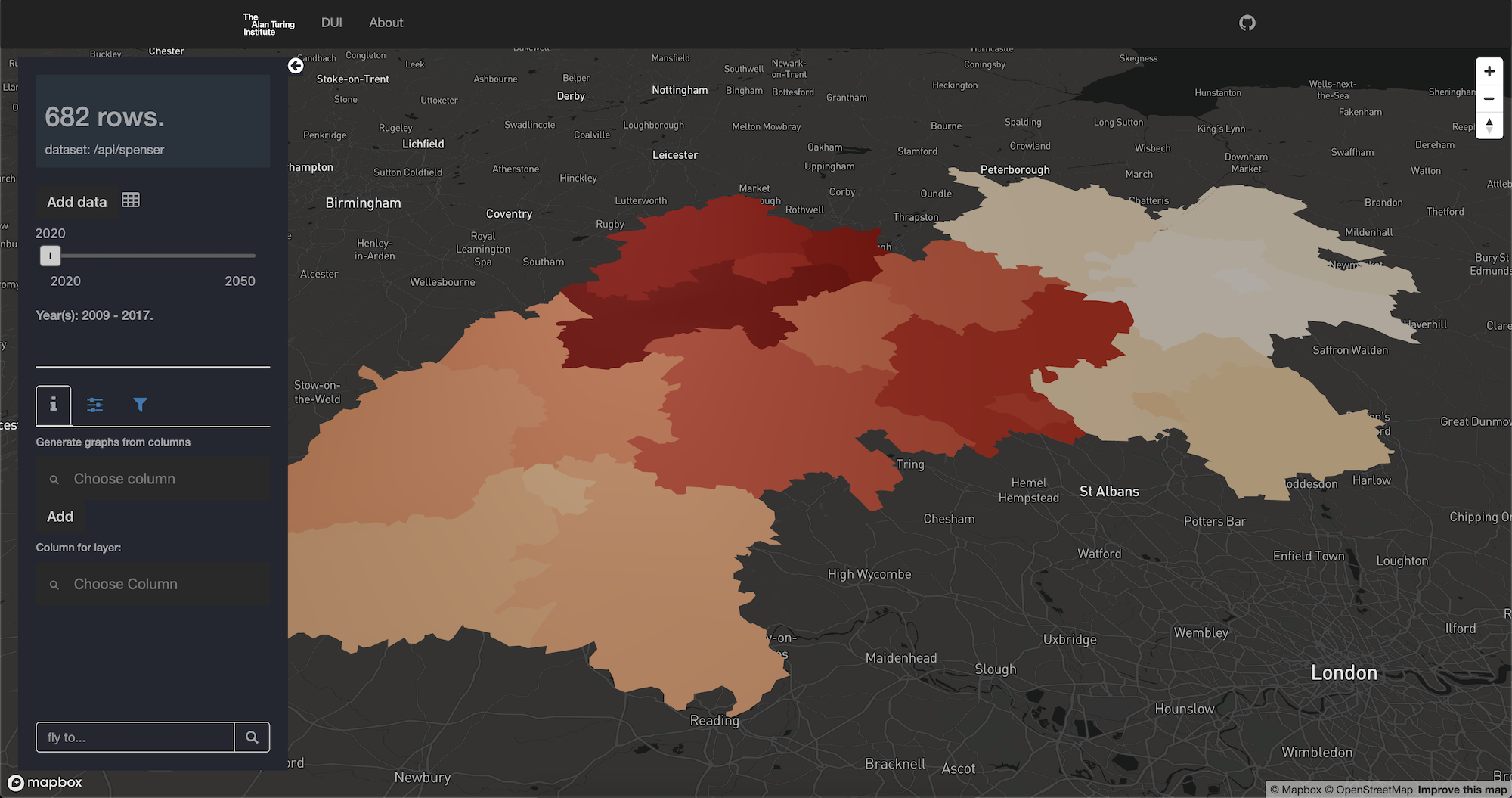