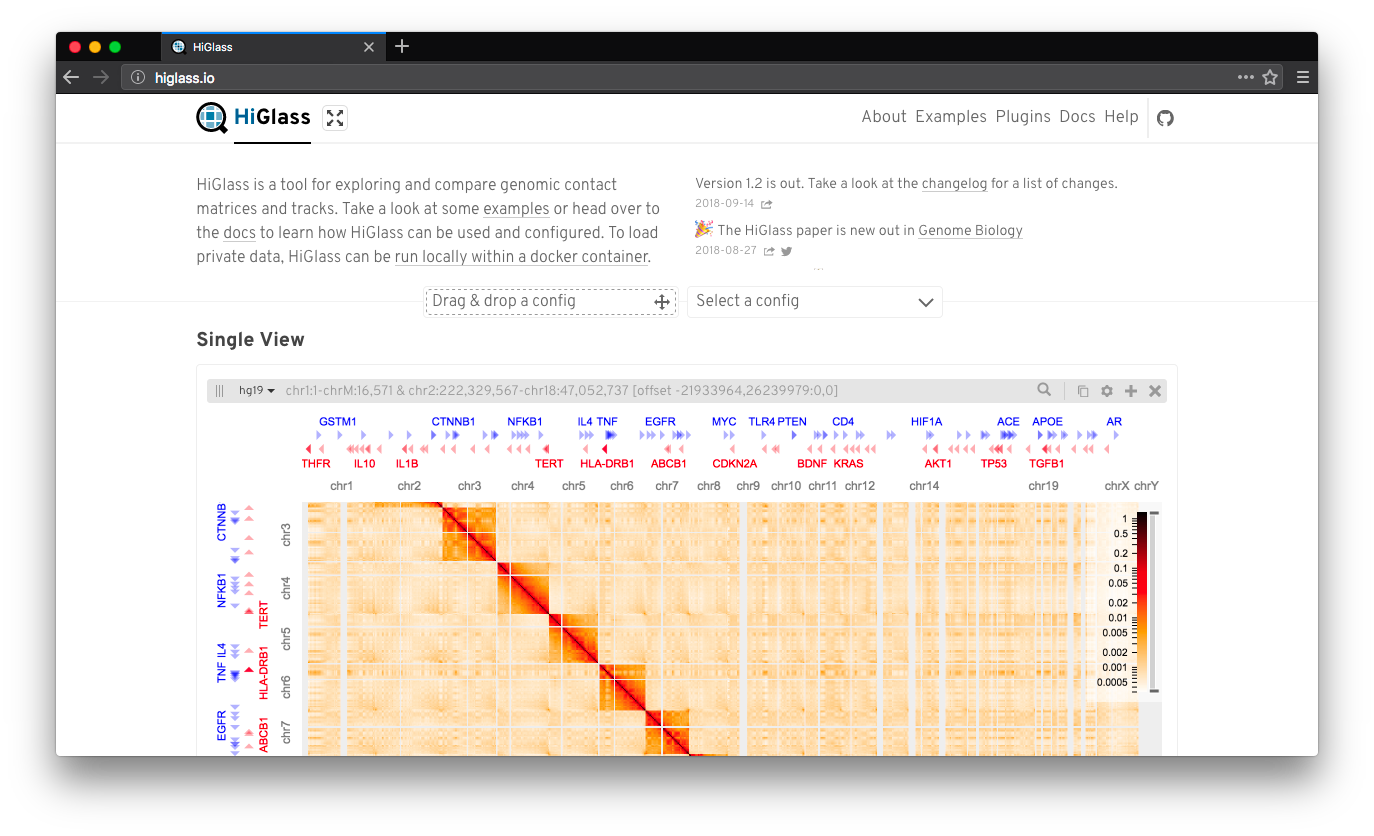 The web application for viewing, exploring, and annotating 1D and 2D genomic data.

HiGlass App is used to run https://higlass.io but you can also use it as the starting point for building your own application around HiGlass. For example, it is used in Novartis' Peax as the frontend application.

Note: This is the source code for the web application only! You might want to check out the following repositories as well:

HiGlass App can be configured at build and run time using config.json and public/config.js respectively.

config.json contains the default configuration. For adjustments, copy it to config.dev.json, config.prod.json, or config.local.json. dev is used in developmental mode, prod is picked up in production, and local can be used for local testing. The config is overwritten in the following order: default, dev, prod, local.

Additionally some settings can be overwritten at run time using public/config.js. For details please see the table below:

HiGlass App is based on react-create-app and implements the following folder structure: