Pretty straightforward: I needed a tiny dropdown (or as others might say popover) component which was good for exactly one thing: a user clicks on a trigger and content appears directly next to it. That's it. No built-in <select> imitation or whatever. Just a plain dropdown. I looked at dozens of existing React dropdown components but all of them were either overcomplicated (for my needs) or unmaintained or had a really bad code quality (or all of it). The result: React Minimal Dropdown.

You can configure a direction, you have a very little and neutral default styling and that's it. Use it if you need the simplest possible Dropdown with zero dependencies, adjust and style it to your needs and be happy :)

We take the stability and performance of this package seriously, because one day it might run millions of times a day in browsers all around the world. Updates are thoroughly reviewed for performance impacts before being released.

There are 3 components you must use to get Dropdown functionality:

Trigger and Content are defined as static members of the Dropdown component so you only have to import Dropdown and can then use it as <Dropdown.Trigger> and <Dropdown.Content> in your JSX instead of having to import all of them explicitly (which is also possible though).

React Minimal Dropdown is built using Webpack with umd as libraryTarget so it should work fine in all environments.

You can find a live example here: https://manuelbieh.github.io/react-minimal-dropdown/example/

Attention: Don't forget to also include the css file from react-minimal-dropdown/dist/index.css!

Internally RMD uses CSS Modules for scoped styling so you should not be worried that including RMD might break your CSS. If you want to overwrite the existing default styling you can use the predefined BEM like CSS classes:

Also there are modifier classes both for the direction …

and the open state:

You can trigger callbacks on certain events. Just use the following props on the <Dropdown> element:

There are some methods you can use on the <Dropdown> element to control it from outside. 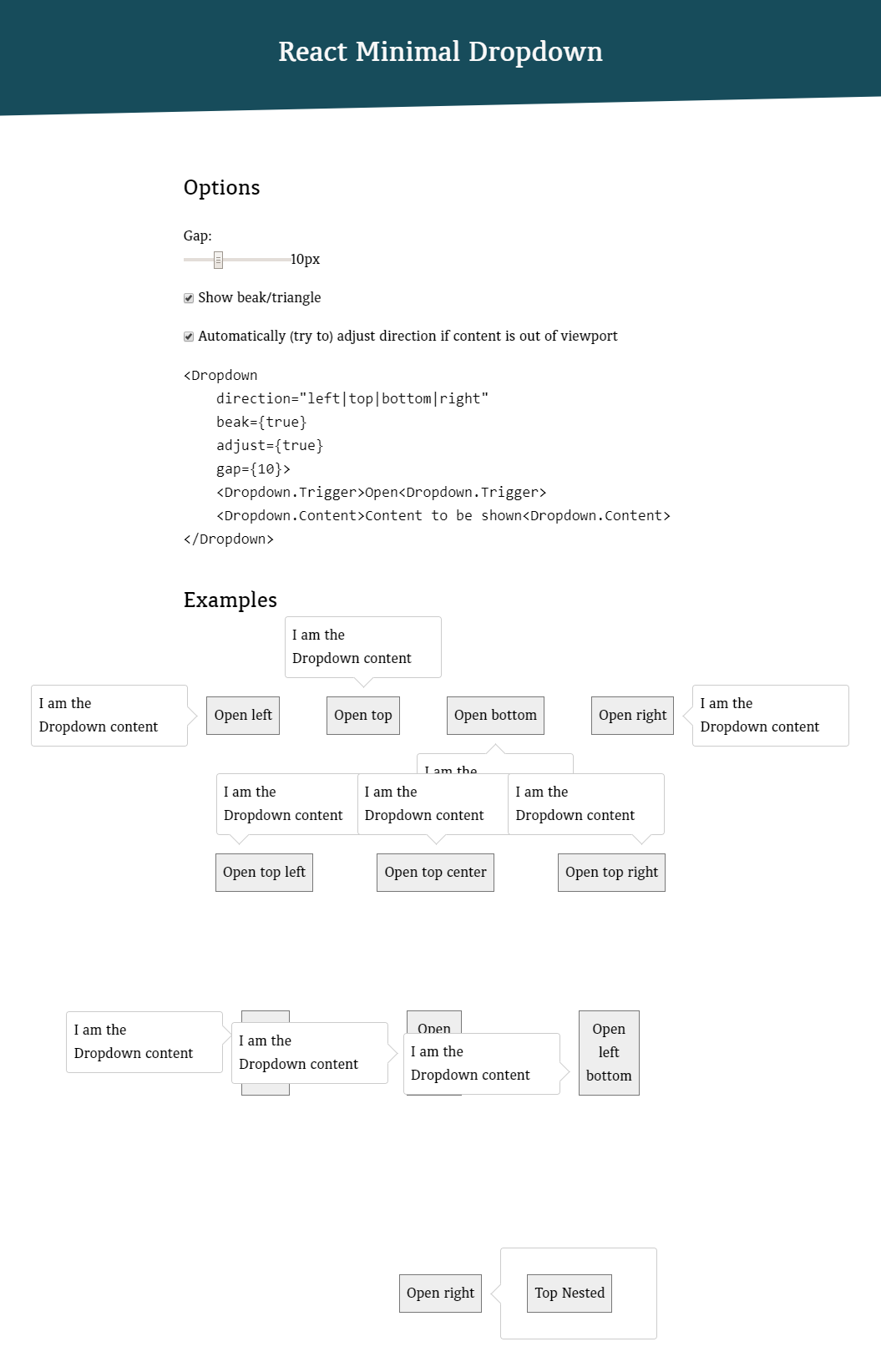