Run an array of functions in parallel, but limit the number of tasks executing at the same time 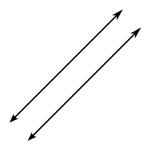 Run the tasks array of functions in parallel, with a maximum of limit tasks executing at the same time. If any of the functions pass an error to its callback, the main callback is immediately called with the value of the error. Once the tasks have completed, the results are passed to the final callback as an array.

Note that the tasks are not executed in batches, so there is no guarantee that the first limit tasks will complete before any others are started.

The above code runs with a concurrency limit of 5, so at most 5 tasks will be running at any given time.

This module is basically equavalent to async.parallelLimit, but it's handy to just have the one function you need instead of the kitchen sink. Modularity! Especially handy if you're serving to the browser and need to reduce your javascript bundle size.

Works great in the browser with browserify!