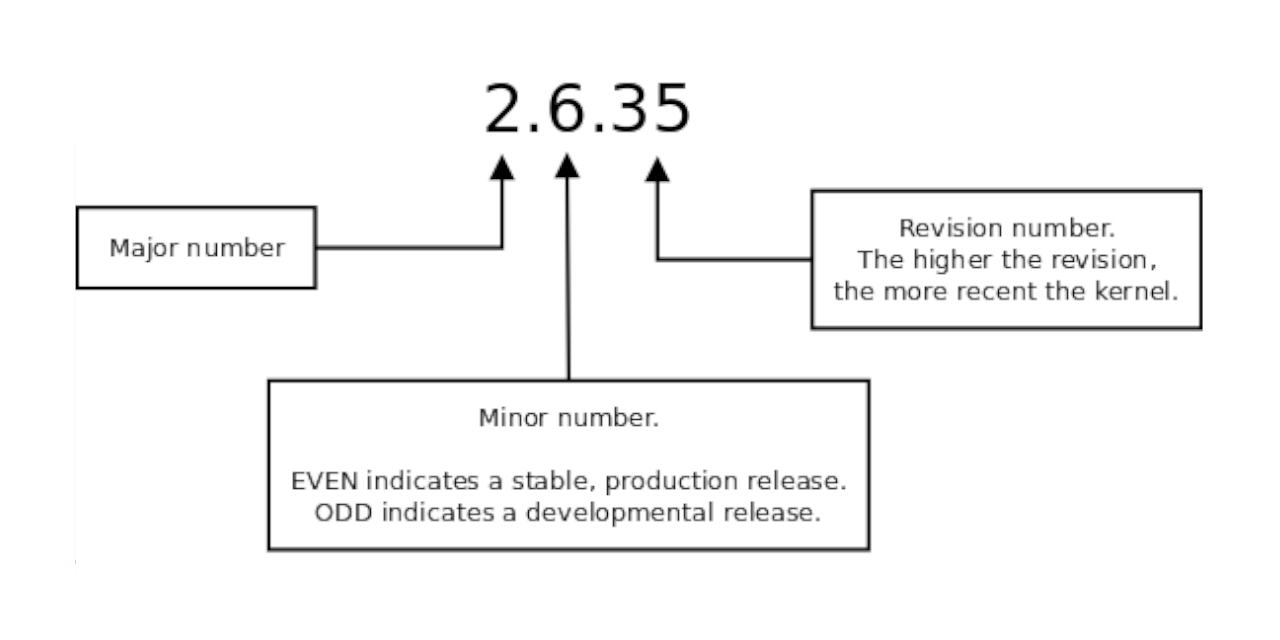 Source: How do Linux Versions Work?

The Enhanced Semantic Versioner for NPM

This module is a wrapper of the NPM module semver, it provide following additional features:

Learn more about the original semver from its GitHub homepage: semver

The second number denotes the major revision of the kernel version. It was formerly the case that even numbers indicated a stable release, that is, one that was deemed fit for production use (i.e., use in a non-experimental environment), such as 1.2, 2.4 or 2.6. Likewise, odd numbers, such as 1.1 or 2.5, have historically represented development releases. They were for testing new features and device drivers until they became sufficiently stable to be included in a stable release. However, this has changed starting with the Linux 2.6.x series, and new feature development now takes place in the same revision number.

Following the Semantic Versioning 2.0 http://semver.org/, and we will be able to use the MINOR version to indicated the release is STABLE or NOT.