This is a tool that allows you to compare webpack bundle analysis files over time. Check it out here. 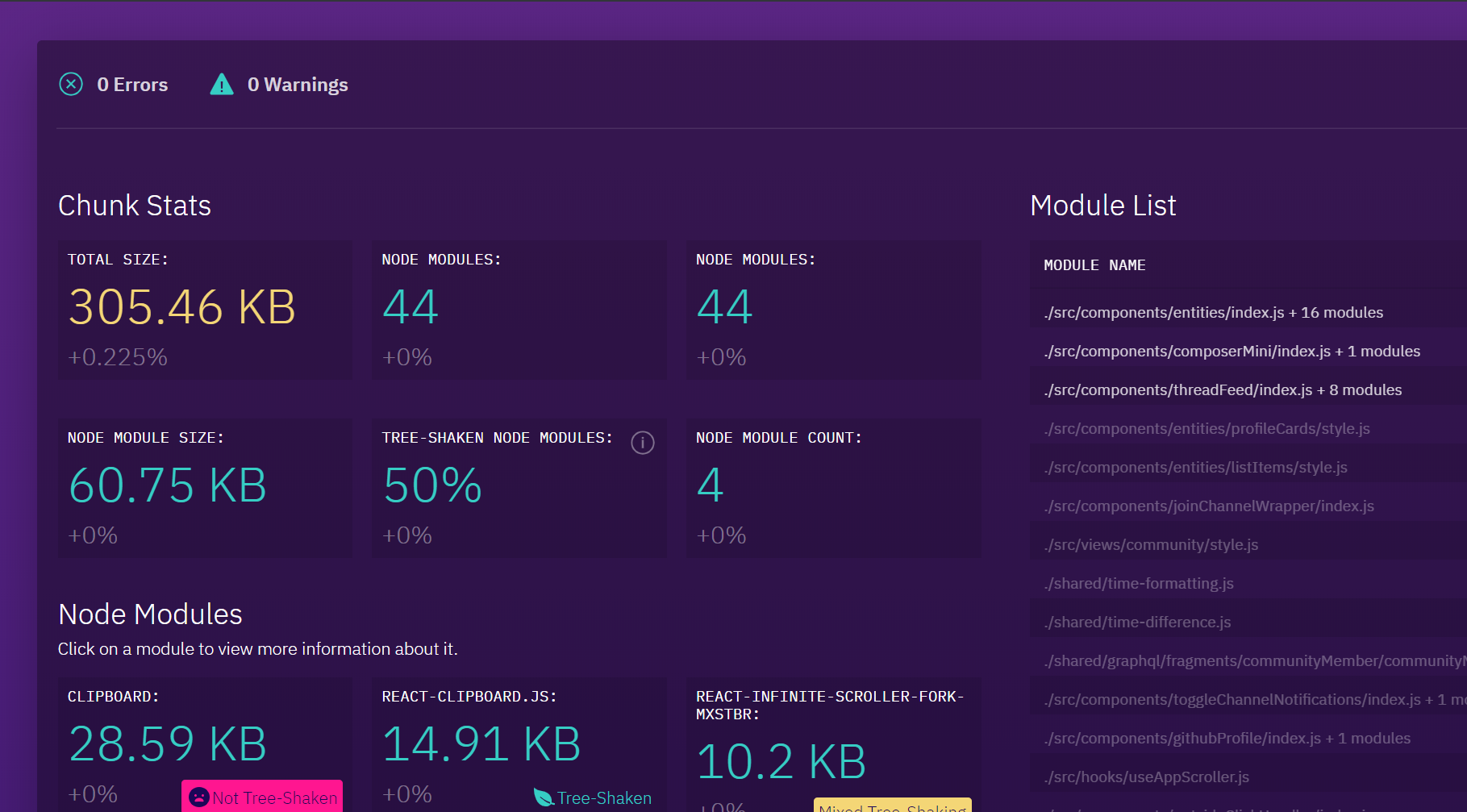 The bundle comparison tool takes URLs of webpack stat outputs and displays them. You can use the JSON output from the webpack-bundle-analyzer, but we also include a plugin here if you don't use that package.

Then, add it to your webpack.config.js file.

By default, this'll output a file named stats.msp.gz in your build output. This is a gzipped msgpack file--for large projects webpack bundle stats can get pretty big and slow down your build, so we try to make it fast. You can configure the output format and filename by passing options to the plugin:

Once you have this file, you can upload it somewhere such as Azure blob storage, and serve it in the tool. The module exposes a convenient way to get a direct preloaded link in the tool:

It's a React/Redux app. We pull webpack analysis JSON down from URLs, process them, and output UI. State is driven via Redux, and the parsing and unzipping of the (potentially very large) webpack stat files happen in a webworker. Actions sent in the redux state are mirrored to the webworker, and in turn the webworker and send actions which get fired back to the host application. The work we do atop the stats file is not particularly interesting--an assortment of parsing, walking, and graph generation functions.

To develop against the UI: