This package calculate the points on a curve with a certain tolerance. It can also simplify the shape to use fewer points. This can really be useful when estimating lines/polygons for curves in WebGL or for Hit/Collision detections.

The package is distributed as an ES6 module.

The points can also be a set of continuous curves where the last poing on the Nth curve acts as the first point of the next. 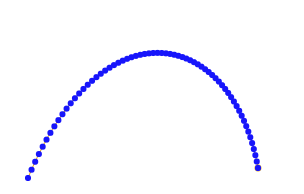 Same can be rendered with more tolerance (default value is 0.15): 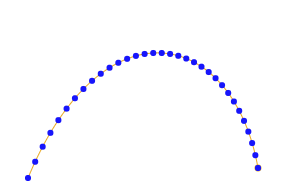 Note that this method does not accept the number of points to render, but takes in a tolerance level which allows for better distribution of points.

Based on the tolerance alone, this algorithm nicely provides enough points to represent a curve. It does not, however, efficiently get rid of unneeded points. The second optional argument in function, distance helps with that. If a distance value is provided, the method uses the Ramer–Douglas–Peucker algorithm to reduce the points. 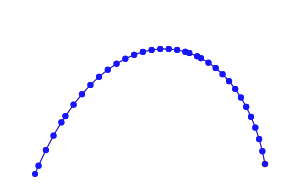 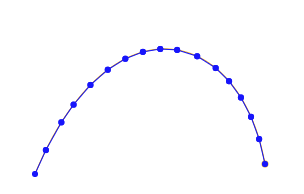 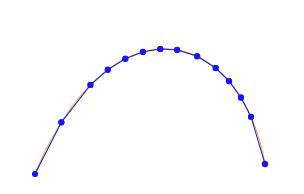 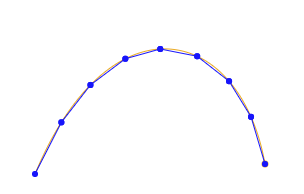 Sometimes it's hard to think of shape as a set of cubic bezier curves, each curve with 2 controls points. It is simple to just think of them as a curve passing through a set of points. 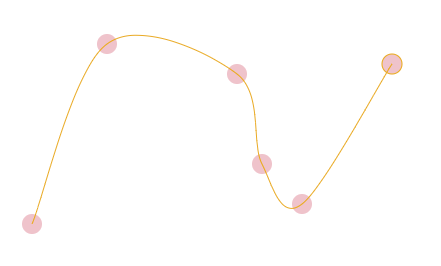 Now that we have bezier points, these could be passed to pointsOnBezierCurves function to get the points on the curve 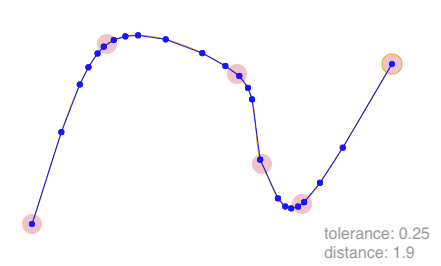