Then open http://localhost:3000/ to see your app.
When you’re ready to deploy to production, create a minified bundle with npm run build.

You don’t need to install or configure tools like Webpack or Babel.
They are preconfigured and hidden so that you can focus on the code.

Just create a project, and you’re good to go.

You’ll need to have Node >= 6 on your local development machine (but it’s not required on the server). You can use nvm (macOS/Linux) or nvm-windows to easily switch Node versions between different projects.

To create a new app, run a single command:

It will create a directory called my-app inside the current folder.
Inside that directory, it will generate the initial project structure and install the transitive dependencies:

No configuration or complicated folder structures, just the files you need to build your app.
Once the installation is done, you can open your project folder:

Inside the newly created project, you can run some built-in commands:

Runs the app in development mode.
Open http://localhost:3000 to view it in the browser.

The page will automatically reload if you make changes to the code.
You will see the build errors and lint warnings in the console. 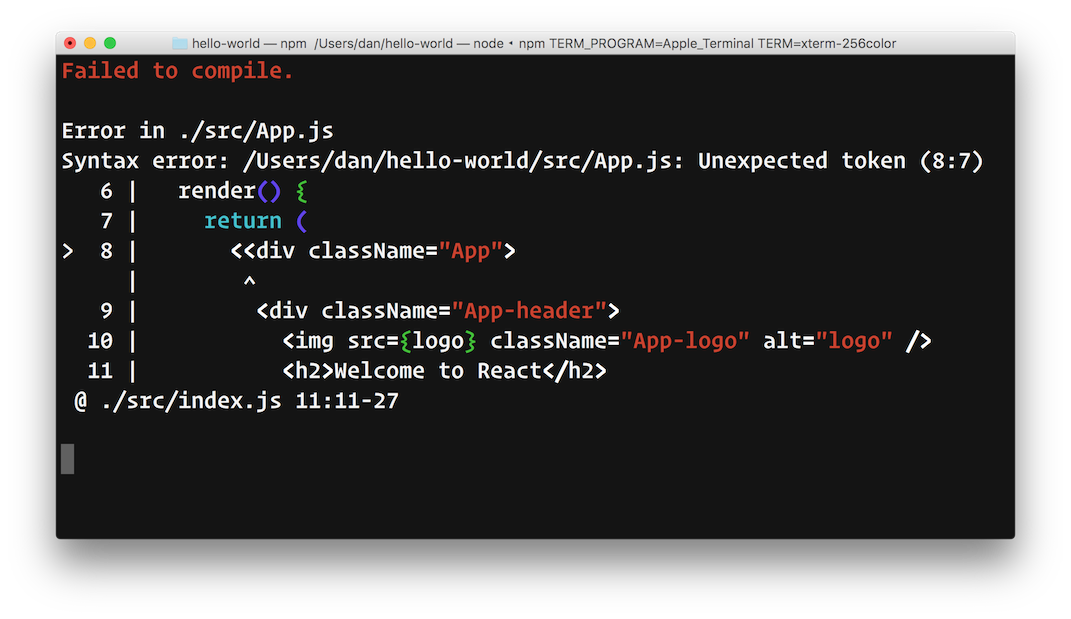 Runs the test watcher in an interactive mode.
By default, runs tests related to files changed since the last commit.

The build is minified and the filenames include the hashes.
By default, it also includes a service worker so that your app loads from local cache on future visits.

Your app is ready to be deployed.

The User Guide includes information on different topics, such as:

A copy of the user guide will be created as README.md in your project folder.

How to Update to New Versions?

Please refer to the User Guide for this and other information.

Your environment will have everything you need to build a modern single-page React app:

Check out this guide for an overview of how these tools fit together.

The tradeoff is that these tools are preconfigured to work in a specific way. If your project needs more customization, you can "eject" and customize it, but then you will need to maintain this configuration.

Create React App is a great fit for:

Here’s a few common cases where you might want to try something else:

All of the above tools can work with little to no configuration.

If you prefer configuring the build yourself, follow this guide.

We'd love to have your helping hand on create-react-app! See CONTRIBUTING.md for more information on what we're looking for and how to get started.

We are grateful to the authors of existing related projects for their ideas and collaboration: